Beautiful! THE MADONNAS OF LENINGRAD by Debra Dean 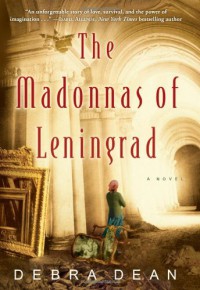 The Madonnas of Leningrad

Debra Dean has written a beautiful, poignant novel that combines a historical viewpoint of a civilian life in Russia during World War II and the effects of dementia on an elderly Russian Immigrant and her family. I loved this story. I teared up at times when Marina dealt with the difficulties of daily life in war torn Leningrad. I did not like Marina's son, but I think that is because I don't think that Marina's children were as developed as Marina's character. Overall, though, Dean wrote an incredible story that is faithful to the struggles of war and the concerns and stress that dementia and Alzheimers has on both the individual and the family